Tales of the Marvellous and News of the Strange

I'm wondering if anybody has read this book before? I came across it in an esoteric bookshop, and seeing it described as 'lost' stories that never made it into the Arabian Nights reminded me of the lost German fairytales discovered the other year. Are these stories really all surfacing at the same time...? 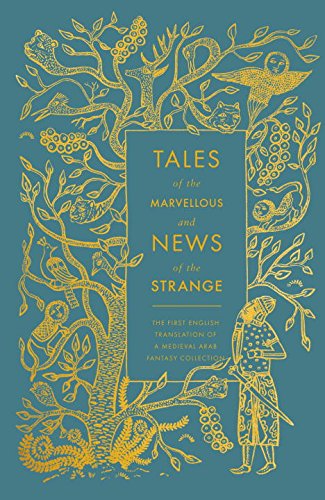 "On the shrouded corpse hung a tablet of green topaz with the inscription: 'I am Shaddad the Great. I conquered a thousand cities; a thousand white elephants were collected for me; I lived for a thousand years and my kingdom covered both east and west, but when death came to me nothing of all that I had gathered was of any avail. You who see me take heed: for Time is not to be trusted.'
Dating from at least a millennium ago, these are the earliest known Arabic short stories, surviving in a single, ragged manuscript in a library in Istanbul. Some found their way into The Arabian Nights but most have never been read in English before.Tales of the Marvellous and News of the Strange has monsters, lost princes, jewels beyond price, a princess turned into a gazelle, sword-wielding statues and shocking reversals of fortune."
(blurb taken from Amazon)

If anybody has read it I'd love to know what you thought!
Posted by A.L. Loveday at 00:30